We hope you have enjoyed this series of Spanish speaking Freemasons and their influences throughout the Americas. We continue our journey of bringing light into their contributions to the world.

Chapter 3: Juan Pablo Duarte and the Trinity - Freemasonry in the Dominican Republic

This chapter is very dear to my heart as this is the leader, liberator, poet, writer, and father of the Dominican Republic, my native country. The name of this Masonic brother is Juan Pablo Duarte.

A brief history of the pre-Republic Era: Quisqueya, as it was known to the native population, the first discovered and colonized land in the Western Hemisphere by Christopher Columbus and Spain in 1492-1496, which he named Hispaniola or "Little Spain," was the gate into the New World for Europe. By 1697 the Treaty of Ryswick was signed, dividing the island into two parts, the western part to France, now Haiti, and eastern part to Spain, currently Dominican Republic. This Treaty of Ryswick was part of a series of treaties signed in the Dutch city of Rijswijk between 20 September and 30 October 1697, ending the Nine Years' War (1689–97) between France and the Grand Alliance, which included England, Spain, the Holy Roman Empire and the Dutch Republic. This is the time period when Freemasonry enters the Caribbean through the French occupied side of the island through the Grand Lodge of France. In 1763, through Haiti, Freemasonry also reached Cuba. Also, the Treaty of Aranjuez in 1777, where both France and Spain signed the terms and agreed to define the border of their respective colonies. The land remained in control by Spain until 1795 when they finally ceded the portion of the island of Hispaniola to France. From this point on the island was divided in every sense, but most importantly by language. Haiti, the French part of the island throughout the years was decimated of its resources, from wood to its crops and other commodities. Its population grew through the importation of slaves from Africa, completely annihilating the native population of the land. As the Masonic enlightenment period of the Americas swept throughout every corner in of the continent with cries of liberty, on the island of Hispaniola (current island shared by Haiti and the Dominican Republic), a battle of two distinct powers to control for the island began. On January 1, 1804, Haiti or Ayiti in Creole French language meaning mountainous country was officially declared the second Republic in the Western Hemisphere by General Jean-Jacques Dessalines. By 1821, through a very tumultuous civil war and leading an invasion into Santo Domingo Spanish territory, the unifying President of Haiti, Jean-Pierre Boyer takes control of the entire island, claiming independence and abolishing slavery from France and Spain. In 1838, France officially recognizes Haiti independence in exchange for financial indemnity of 150 million francs. This is one of the many reasons that Haiti has remained one of the poorest countries in the entire world. 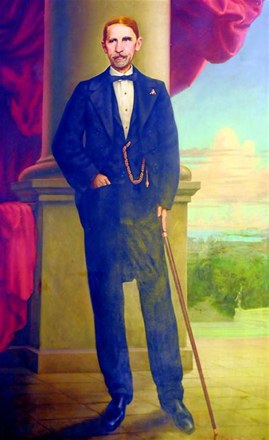 Duarte and the new Republic Era: The Duarte family had previously fled to Puerto Rico during the Haitian occupation as they escaped the civil unrest and social movements to include the French Revolution which played a significant role in the history of the island. Three of Duarte’s grandparents were European. The family returned to the island in 1809. On January 26, 1813, Duarte was born in Santo Domingo to his father Juan Jose Duarte Rodriguez from Spain and his mother Manuela Diez Jimenez from El Seibo, Dominican Republic. The Haitian occupation lasted for 22 years, until a group by the name of La Trinitaria, the Trinity in English, liberate Santo Domingo and declare their independence for the new Dominican Republic led by Francisco de Rosario Sanchez, Matias Ramon Mella and our focus for this chapter, the leader of the independence Juan Pablo Duarte. At the age of 16, J.P.D. had the opportunity to travel to the United States and Europe to include New York, Paris, and Barcelona. He was also invited to a banquet in a lodge named Oriente in Hamburg, Germany This brought him in contact with Freemasonry and left a deep impression absorbing the ideals of liberty, equality, and fraternity. In the biography written by historian Orlando Inoa and records of the Lodge name Constante Union No. 8, Duarte became a Freemason at the then legal age of 21 to enter the Craft during this period in the island (1833-1834). He was recorded to be appointed as the Architect Decorator of his lodge. The lodge was chartered through the Grand Orient of Haiti. Matias Ramon Mella, another of the three founding fathers of the D.R. was also a member of this lodge, as well as other various members of the Trinity.

The Trinity was a secret society formed July 16 of 1838. It was founded on the with Masonic idealism and used many symbolic features of the Craft. Some of these features were the use of knocks to know a brother which alerted the others if they were in danger as well as the composition of the setup of 3x three member groups governed by three officials. In J.P.D.’s signature it is observed as three points, which during this era of Freemasonry was widely used by members. In order to sustain the fraternity and keep its mission alive during the fight for independence, in 1840 the Trinity created a more public group named La Filantropica, or The Philanthropic, which used theater to convey messages of liberty and brotherhood.

Duarte was an admirable Freemason with his life quest for liberty of his country. He was an advocate of equality condemning racial discrimination, believing that everyone, regardless of skin color or religion should walk hand in hand, united in defense of their country against tyranny and to show the bond in brotherhood. He was also expressed a very deep emotion in the union of society. The Trinity was the elemental organizer and leading effort which resulted in the independence of the Dominican Republic. J.P. Duarte was declared Post Mortem Honorary Grand Master of Dominican Freemasonry in 1988. In the Dominican Republic, since its independence 23 out of the 53 presidents have been Freemasons. Other very important Freemasons of the D.R. were José Núñez de Cáceres of Philanthropy Lodge. A fourth added father of the country in later years was Gregorio Luperón who was a member of Logia Restauración No. 11 from Puerto Plata. 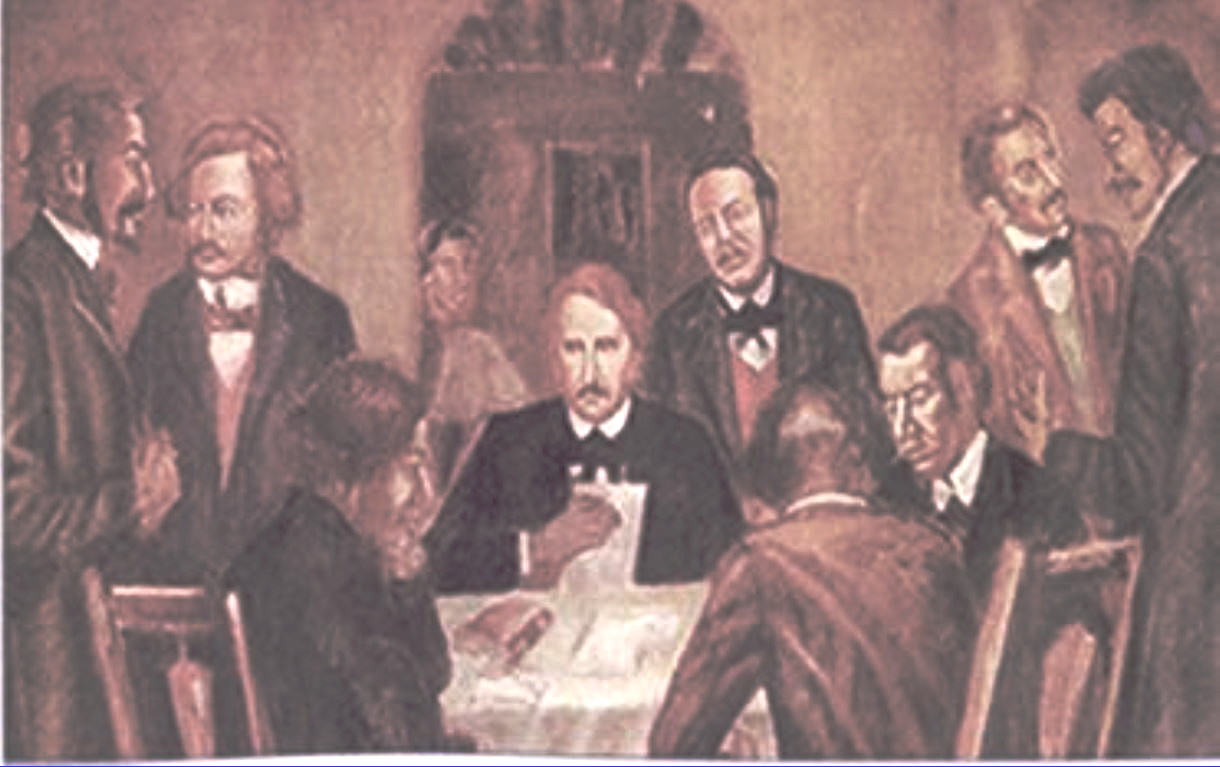 As you can see from these first three chapters, just as in our great nation of the United States, Freemasonry has played an elemental part in the formation of the entire Western Hemisphere in one shape or form. The ideals and virtues of the fraternity have been the foundation of many countries throughout the American continent. Freemasonry is strong and well regarded by the Spanish speaking community. This summarized version is just the surface of how intertwined the Craft is to Latin America.

Brethren, there is definitely a lot more information on Juan Pablo Duarte and the Trinitarios. I hope you find this brief introduction of Duarte as another opening to a broader world of the importance and influences of Freemasons in Latin America. Anyone who is interested in being part of the creation of our Spanish language lodge, you are welcomed to reach out to me at This email address is being protected from spambots. You need JavaScript enabled to view it. or 401-365-8509. You don’t have to know Spanish in order to be involved.